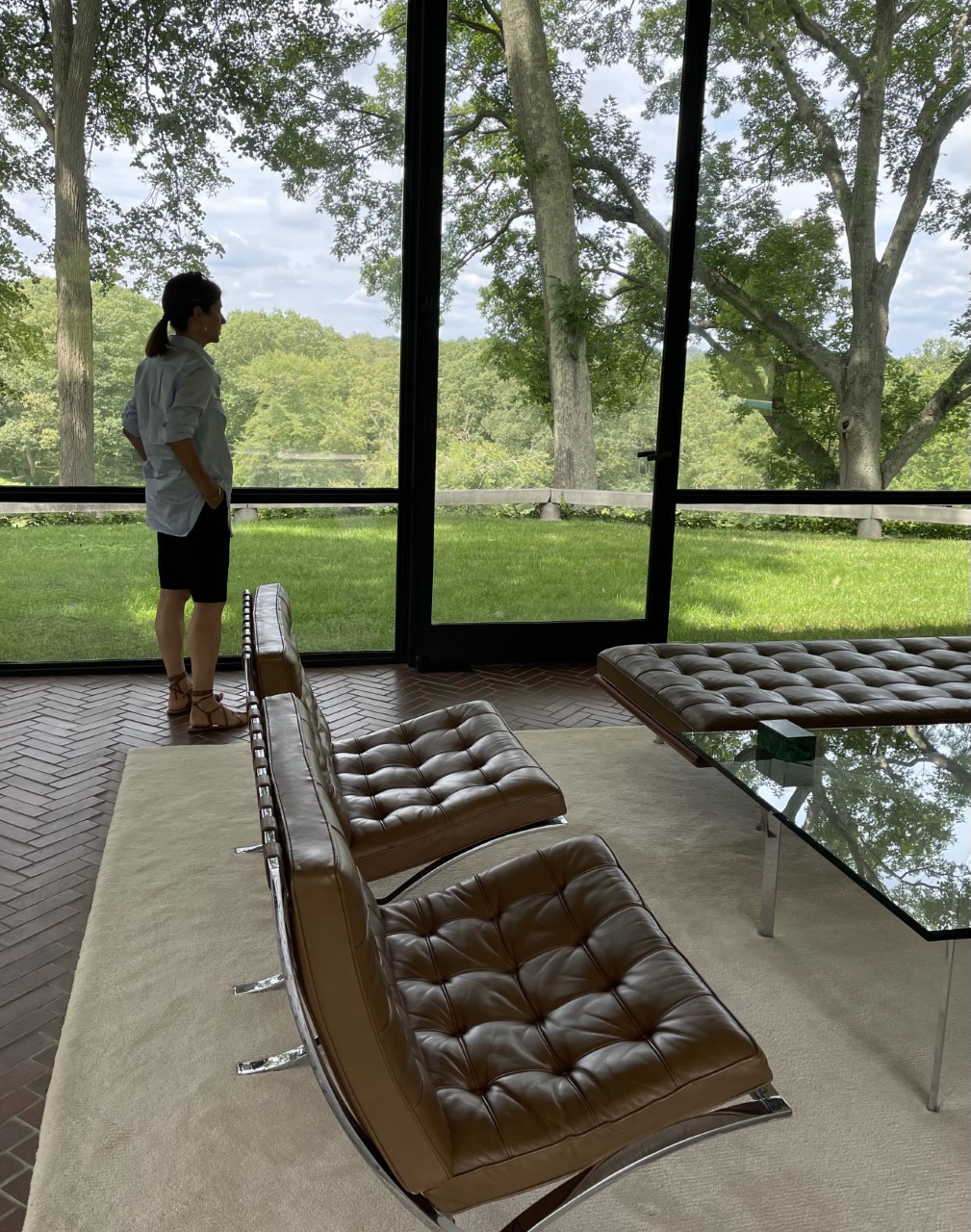 Yesterday was about a perfect a day as one could ask for a visit to The Glass House built by Philip Johnson in New Canaan, CT. I would say it’s a must-see for anyone who loves modern architecture. It was my third visit, but if you’re curious enough, you can discover something new every time, especially because there are multiple structures beyond the house on the property. Plus, they limit the number of visitors at one time so you can actually have time in the house solo if you plan it right. (The site says it’s a self-guided tour, but thankfully there are knowledgable guides at the house and both the painting and sculpture galleries who are worth listening to.)

You can’t say that Johnson was exactly visionary–he was heavily inspired by his friend Mies van der Rohe, whose Barcelona Pavillion he designed with Lilly Reich for the Barcelona International Exhibition (which I’ve been to) is more striking, possibly more modern, and 20 years earlier (1929 vs Glass House which is 1949). Mies was a friend of Philip and all the furniture is Mies in the house (most from the apartment Mies designed for Philip in NYC in 1930). The Barcelona chairs at the Glass House are from 1929 when they were originally designed and the matching daybed is the actual prototype which Mies designed specifically for Johnson.

Over his lifetime, Johnson gave away 2200 pieces from his art collection; there are about 150 left, which are in constant rotation. When we were there, six Frank Stella paintings filled his painting gallery. Johnson also has a somewhat tainted history–he embraced facism when he was young, and although he eventually changed his politically views, he was criticized for decades because of it. Ultimately, I’d like to think the contributions he made to architecture–the sculpture garden at MoMA and the New York State Theater at Lincoln Center in NYC, and art (he gave much of his work to MoMA) are still viable and profound.