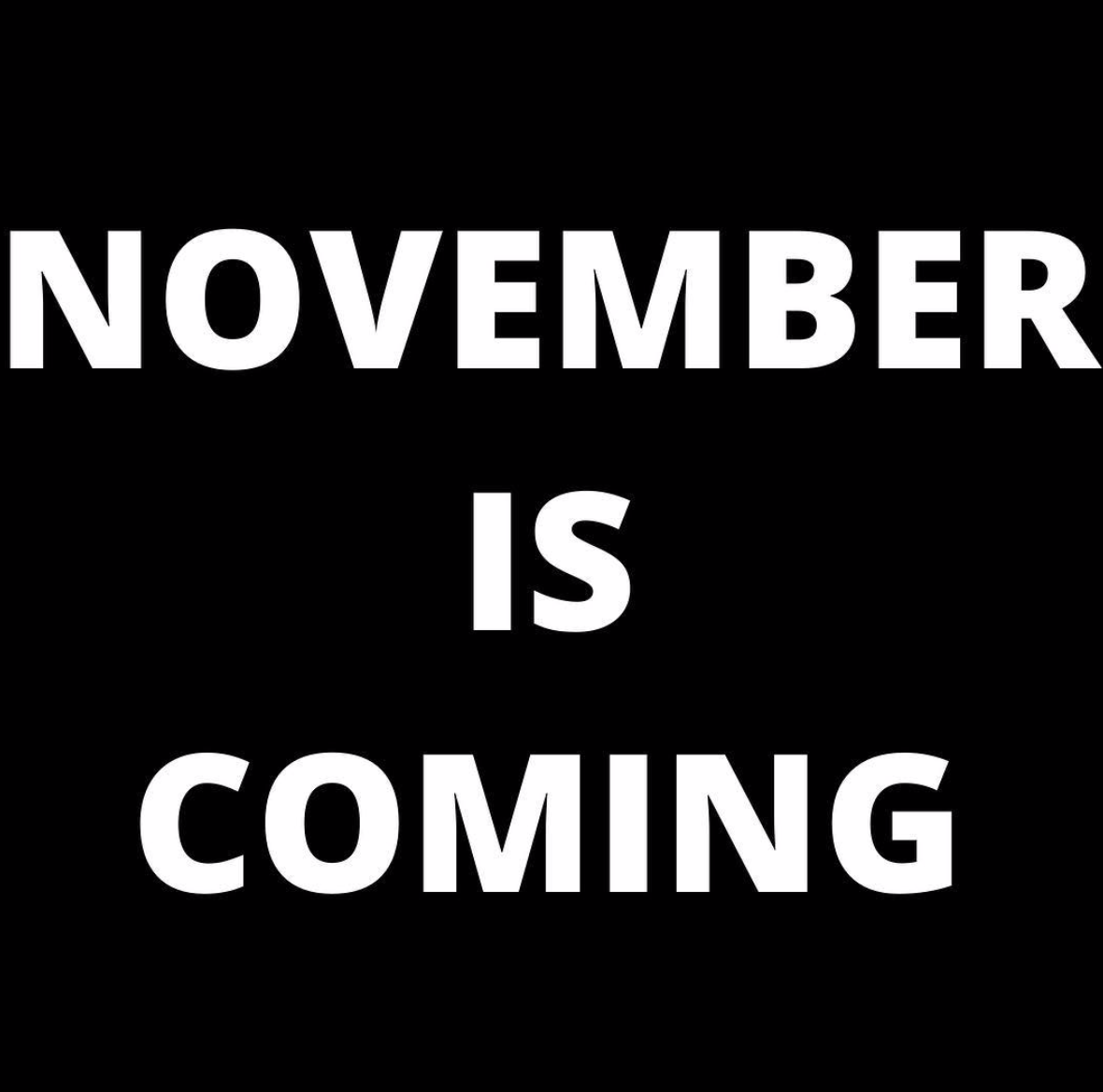 I try to keep politics off this site, but with what is currently going on and Kavanaugh’s confirmation today, it is impossible to ignore. And it certainly doesn’t put me in the mood to look at pretty clothes.

You might see it differently, but personally I don’t think many women forget the face, or mis-identify, men who climb on top of them and try to sexually assault them, I am quite sure that image is seared in their mind forever. Just in case, you still think Kavanaugh deserved the seat, this is why he didn’t.

We have a President who has multiple claims from women who say he sexually assaulted them and even admitted to it on tape.

We have a President who says the #metoo movement is “a very scary time for young men in America, when you can be guilty of something that you may not be guilty of.” As if women haven’t been terrified since the beginning of time. Think of all the things we do as women to avoid unwanted sexual advances and assaults, starting with never walking anywhere alone after dark (the list is so long), and what men do (according to one poll, being sexually assaulted never even crosses their mind).

We have a President who makes fun of sexual assault survivors for political gain, like he did about Dr. Christine Blasey Ford at his latest rally. The White House said he was just stating facts. If he was, he only got one or two right, he was wrong about almost all of them.

Did both sides behave badly? Very much so. But that misses the point, because the Republicans could have easily picked, and confirmed, someone else.

I think Gail Collin’s op-ed in the NY Times today, sums it up best,

“This is exactly what the Kavanaugh nomination has come to represent. A vote for the nomination became a symbolic vote for a political ethos that thinks grabbing private parts is fun and complaining about sexual assault is a threat to young manhood…..

A vote for Brett Kavanaugh delivered a message to women who’ve suffered sexual assault: If the powerful can find a way to not take your claim seriously, they will.

We have to do better.”

We absolutely do. I do not want my daughters growing up in a world where men still don’t get it, and women are treated as second class citizens. I am going to spend the rest of this weekend being tired, and angry. And in November I will vote. I hope you do too.

Thanks for the reminder @rollawazni. Who needs another week to regroup? #reset #takingitslow ...