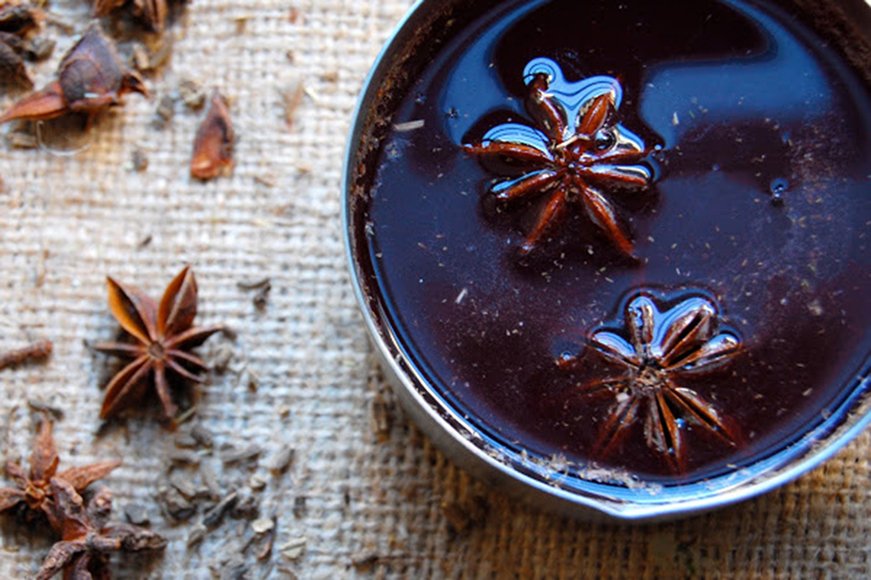 My sister, Caroline Smile, is a personal chef/entrepreneur living in Newport Beach CA (a recent transplant from Park Slope, Brooklyn), so I thought who better to ask for a quick festive holiday recipe? Her choice was punch. Why? Because it really does put you in the holiday spirit. Plus a warm, simmered punch not only tastes good, but the smell of cinnamon, nutmeg and cloves permeates the house in a nice (not cloying) way. For so long punch seemed old-fashioned in a casserole-for-dinner kind of way, but it’s having a renaissance. And I love a bit of nostalgia, especially at the holidays. I’m going to make mine half spiked, half not. Below are two recipes. Cheers!

How to Dress it Up:
Garnish our glass with crystalized ginger slices or cubes
Use a combination of Canton (ginger liqueur) and vodka to spike the drink: 3 parts vodka to 1 part Canon.
If ginger is your thing, add Barritt’s ginger beer instead of Schweppe’s ginger ale.
To make an ice ring, use a bundt pan, add orange slices, fresh cranberries and sprigs of rosemary top with 3″ of water and freeze it. Thaw by running hot water for one minute. Add to punch bowl to chill your beverage.

Add the cider, sugar, allspice and nutmeg to a pot. Bring to a boil and lower to simmer. Pierce the orange with the cloves and put in the pot and simmer for 20 minutes longer.
Add the bourbon to a mug, top with cider.

Dress it up:
Place a cinnamon stick in each mug before serving.
Use vanilla instead of cinnamon to flavor the cider.
Add star anise to the complete cider recipe above.
Black peppercorns may be added for a sophisticated twist.
Honey or maple syrup can be used to sweeten the drink instead of brown sugar. Replace in the same quantity.