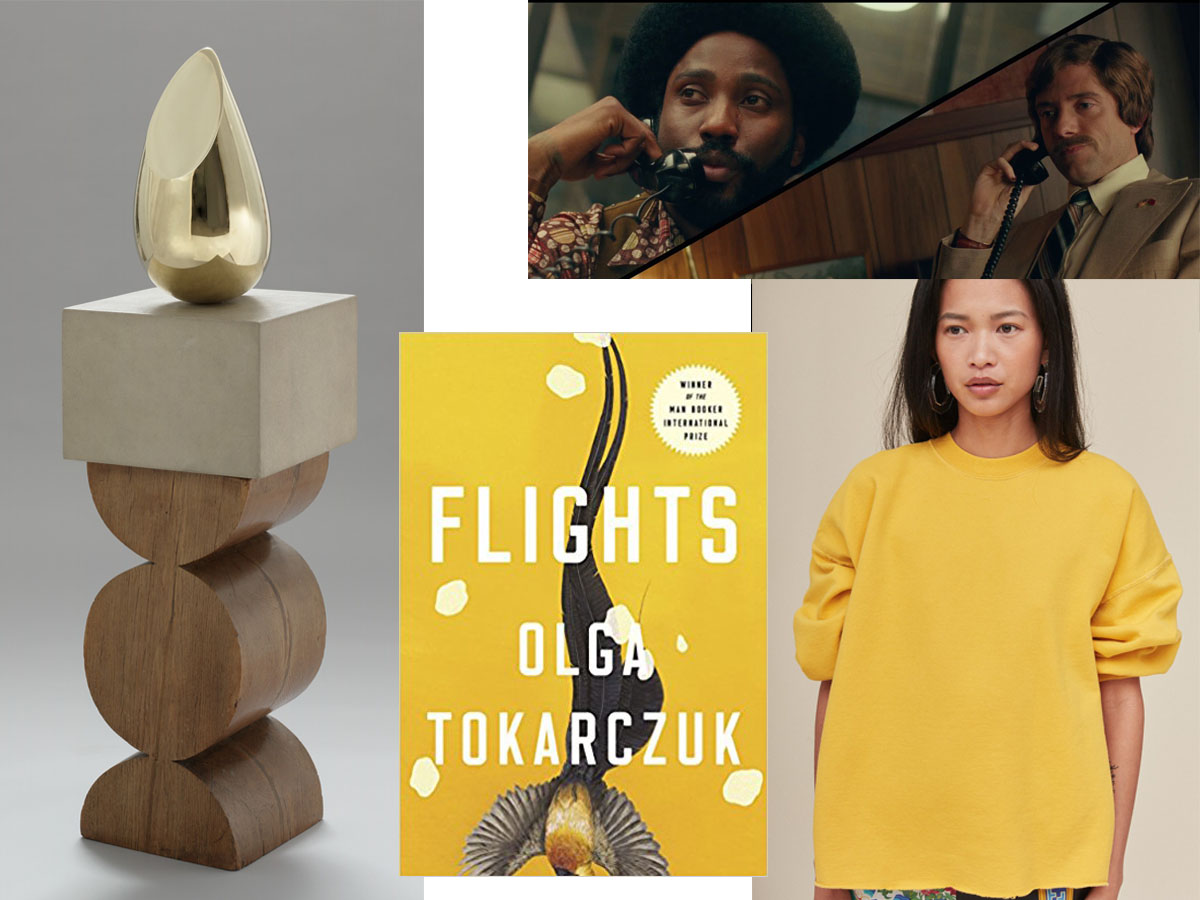 Things to look forward to (and do on rainy Sundays like today).

See the Bracusi exhibit at Moma. The show runs through February but I’m sure I’ll want to see it more than once so I plan to get there soon.

Read Flights by Olga Tokarczuk which won this year’s Man Booker International Prize. It was originally published in Poland, her home country, in 2007 and is finally making its way to bookshelves in the U.S. this week. The book is comprised of 116 vignettes, both fictional and non, based on travel. I am ready for a serious case of wanderlust.

See Spike Lee’s movie Blackkklansman. His movies Do The Right Thing and She’s Gotta Have It are forever ingrained in my memory (my daughters haven’t seen either, which I need to remedy). This one has stellar reviews and is the true story of a black police officer who infiltrates the KKK and talks with David Duke, who has White House ambitions. Of course it feels prescient of the state of racial affairs today and our president who has complimented Duke.

Lounge in this Rachel Comey sweatshirt. I bought it for chilly beach evenings, but since it’s a rainy weekend I’ll probably wear it to the movies or for any unplanned baking endeavors.

« My Profile on The PR Net
More for Less Monday: Waisted Trousers »