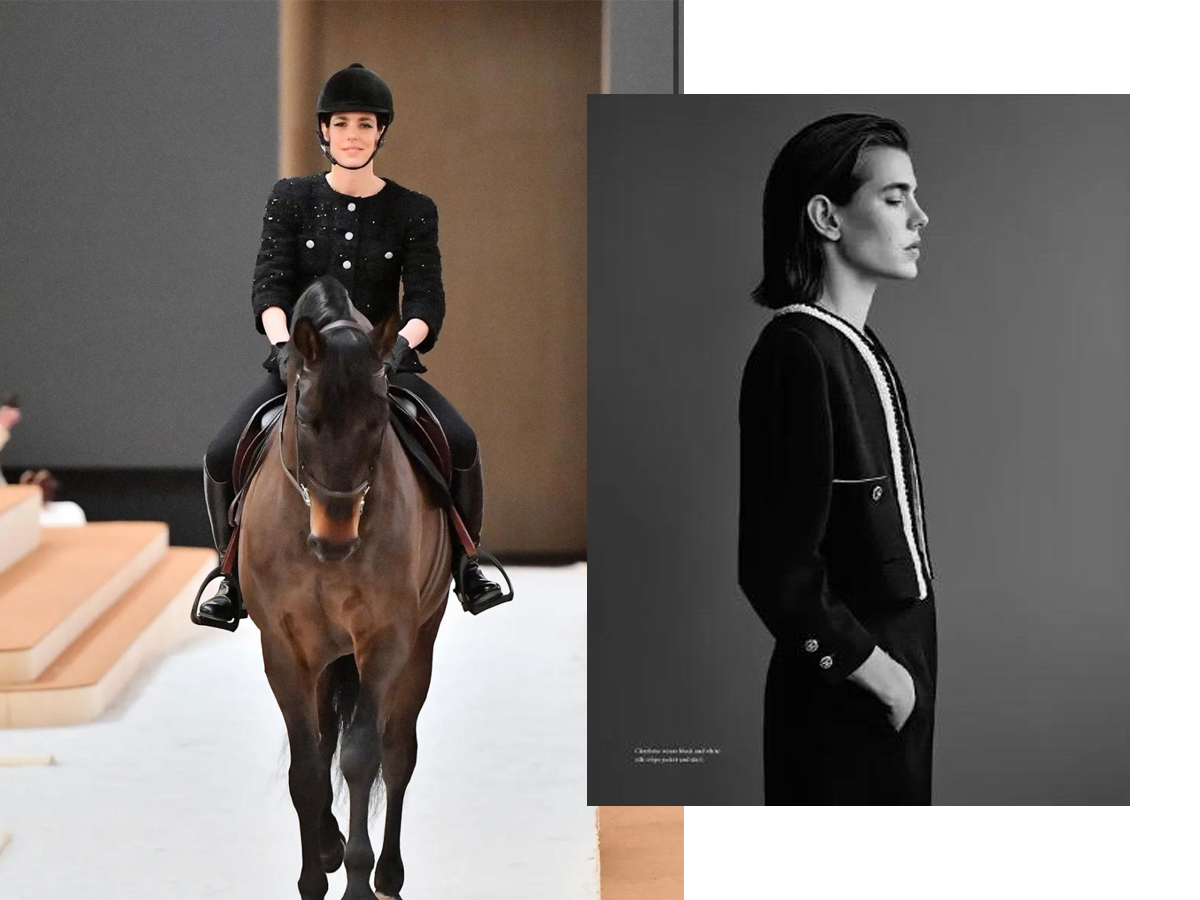 Lately I have been inspired by images of Charlotte Casiraghi and somewhat obsessed with the idea of a classic black Chanel jacket, so her appearance today on the Chanel Couture Runway on a horse made me think, why not post? For those who don’t know, she is the daughter of Princess Caroline of Monaco (one of Grace Kelly’s daughters) and her mother was close to Karl Lagerfeld. Charlotte is a Chanel ambassador (lucky her) and I do think she wears the designs in a modern way. I love the image below with her natural makeup, a perfect red lip and simple ponytail. It’s simple, not fussy. As much as she looks like her mom, I also see some of her mom’s sister, Princess Stephanie (the wild child of the family), in her. On a side note, I haven’t been posting as much, because I am deep into my new project that is launching in a couple of months. More on that later!

« My New Go-To Thin Knit
Be Your Own Valentine »