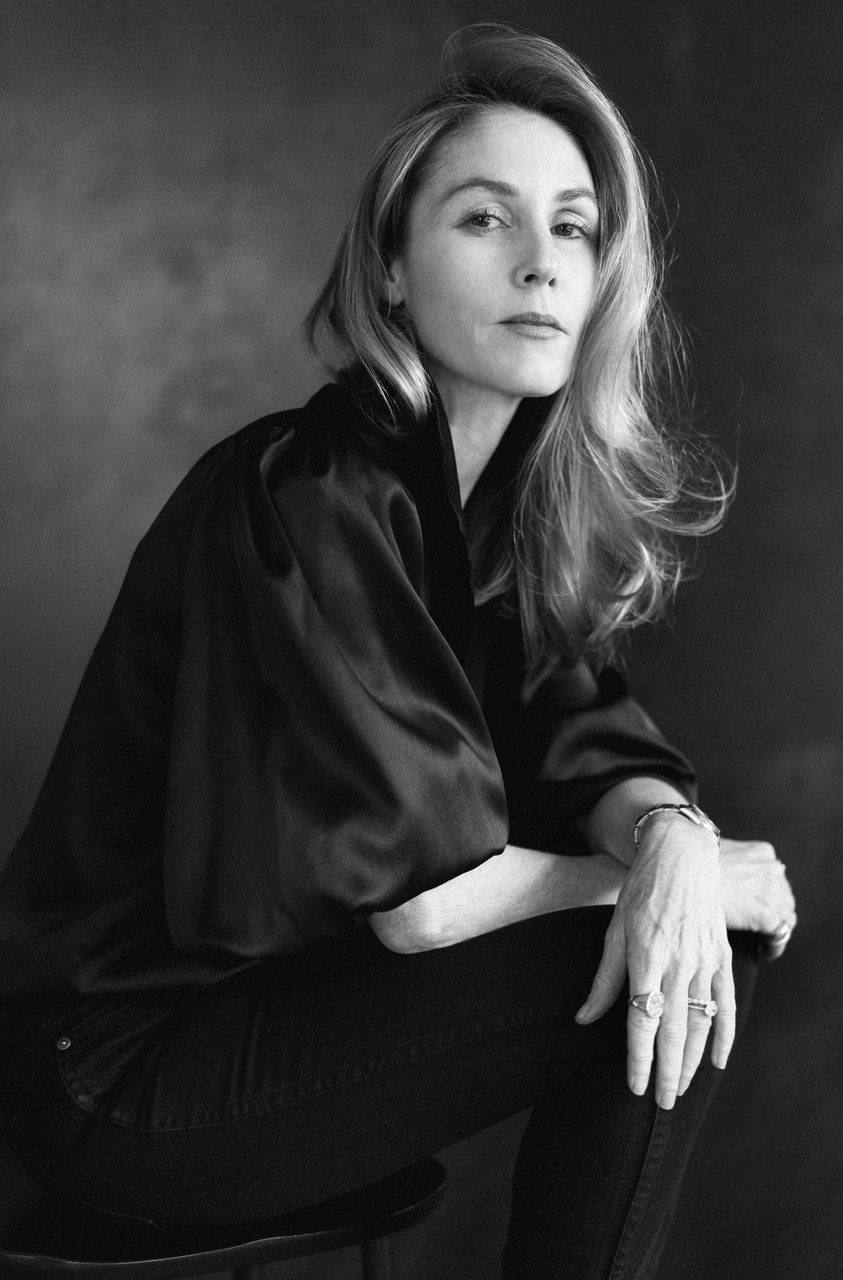 Today, in my book, luxury means spending money on have-forever things that everyone doesn’t have, and finding beautifully-crafted, unique items that that resonate on a personal level. So when I saw a story on Kim Dunham in the NY Times a couple of weeks ago that highlighted her custom signet rings, I knew I had to immediately meet with her; her work checks every box of the afore-mentioned criteria. While she sells designs on sites such as Goop and Ylang23, the majority of her work is commissioned, engraved by master engravers (of which there are very few left), deeply personal and timeless (in fact most engraved rings be used as wax seals, as they often were originally intentioned.) Prices usually range from $2500–$5000.

Some things are worth the wait.

Tell me about your background and why jewelry: I’ve been in the industry for 20-plus years. I started in costume jewelry, in the bridal industry. Always sentimental jewelry. I was living in Portland, and I moved to New York and worked for other high-end jewelry brands, kind of in all positions. I was originally a bench jeweler. That’s my background, actual production.

I’d taken a break and decided that maybe I didn’t want to work in the jewelry industry anymore. I wanted to get back and connect to people, something I think a lot of people do, especially as you get older and you’ve raised children. I think, right now in our society, you see that, whether it’s all the T-shirts that say whatever, all the quotes on the Instagram, the Goops of the world. Podcasts. People are really looking to connect to people. I was along in that group.

I started to think about going back to school and doing global health or nursing. Then one day, I was walking and I had on this signet ring that my mother had given me (which I’ve now lost). I was thinking about how we, as people, are kind of two people in one. There is our outside, how people interpret you by how you look or what you choose to say to somebody. Then there are the things you think in your mind and how you think of yourself that stays hidden. It’s this inside-outside idea. And I just thought, “I’m going to do this now.”

Then the inside is this mantra. Instead of wearing it on a shirt and telling the world, it would be this thing that when you look down…. The first ring I did was a snake ring I made for myself. I thought, “What is the thing that I’m most fearful of?” And on the inside, I wrote ,“Fortune Favors the Brave”. The concept, for me, was that I would wear this and maybe I’d be in a flight and I’d have turbulence, or I’d be walking into a meeting, when I was first starting my brand, and I would look down at it and I would immediately trigger this emotion of feeling brave.

I think my favorite ring that I have is my wedding band because we inscribed the inside. That’s why I love it; it’s the simplest thing I own.

Yes. I’m from Kentucky. We give mint julep cups to each other as a gift. If you have a baby, it has the birthdate. I have a ton of them downstairs because when my husband and I got married they just started pouring in. He was so confused. But I grew up in a house where engraved gifts, even if it was not something expensive, made it special.

How do you describe what you do? I create somebody’s narrative on a ring. I feel like I’m an official storyteller. If somebody feels that connection to it, then it becomes a talisman. But I believe anything can be a talisman, whether it’s a shell, a rock or a feather.

When did you launch the line? About four years ago. [Before the NY Times article] it’s just been friend to friend. Somebody I know in the industry said, “Kim Dunham, if you know, you know.” It feels like that very old world. I’m not purposely trying to buck the system. I can only produce so many pieces. I don’t do the hand engraving myself. I’m limited to the small amount of hand engravers that will take on my work.

How does the process work? I have clients in Australia, London and other countries. I have clients all over the United States. If I don’t meet with them personally, then I start the process through an email. I have a questionnaire that I send. It’s kind of like a Proust questionnaire. Actually there’s a couple of his questions on it.

The work is beyond gratifying. I feel really lucky I get to do this. I’m always so amazed that people entrust me with their stories; I’m completely honored by it. I also truly believe I could not have done this work in my 20s or my 30s. It really took everything that I’ve gone through.

Exactly. I’m having to reply to a widow who just lost their spouse… I just don’t think a 20 year old, or even a 30 year old, unless they’ve gone through it themselves, know yet how to respond to a recently-widowed 78-year-old. I have people tell me that they have stage four cancer. I have people tell me that they lost their child. The work is super deep.

I also get these really great stories, people who me that they finally got pregnant after IVF. Or that they just left their job and they started their own company and they want to celebrate that. I get the whole spectrum of life milestones and struggles. It’s really inspiring work.

How do you come up with the designs? Is it a process you do with your clients together? Yes. For instance, a client who lives in New Orleans gave me things that are important to her. It was just the basics: I’m a Virgo; this is where I live; this is where I moved; this is where I spent my childhood; she had been a Mardi Gras queen and her grandmother had too. Then she wanted the idea of resilience and strength.

I pulled inspiration from different places. I looked up vintage New Orleans pieces. I drew a crown, two stars which are her parents, a scallop shell which is symbolic for a journey and it’s also her childhood home that was on the ocean and was lost in Katrina, her family’s last name, her sign–Virgo, a the palm because it is also a symbol of resilience, and the number 9 because she was born on 9/9.

Then, let’s see. Oh my gosh, Wendy’s is quite the ring. Wendy said that she had seen a ring that I did that was for a woman who has two last names. She has both of her parent’s last names. We took the two main symbolic characters from two crests, the animals, and put them next to each other with an arrow in the middle. Then because she’s Asian American, she wanted to use her Chinese zodiac animals, but she really wanted them to be mystical. I was like, “Okay. We have a tiger and a rat.” We had made one kind of like a jackalope character. We gave the other some wings. There are stars for her children, and she and her husband were both born on March 19 so I used the Roman number (which is a palindrome).

Are you doing pendants too? I am and the concept is the same. My own example, I put my astrological sign on one side, and because I didn’t want it to say words on the back, it’s my birth date in Roman numerals. One thing I’m noticing people want is something strong on one side and delicate on the other. Depending on how they’re feeling or maybe how they’re dressed, they’ll flip it. I have another client that I’m working with right now. There’s a phoenix on one side and it’s going to have script on the other. It’s the same kind of softness, boldness.

There’s so much thought process that goes into what you do, are you constantly looking at visuals to get inspired?  I’ve always loved learning on a really heightened level. I have a fine arts and an art history degree. The only reason I have the art history degree is because I used to just sit in art history classes that I wasn’t enrolled for. One day, the head of the art history department came up and said, “Have you picked your art history advisor? I was thinking, if you want, I’ve got some space in my group or whatever.” I said, “Oh. I’m not an art history major.” He said, “But I’ve already had a conversation with a couple of the other professors, and they all thought you were.” I feel that art history is really the history of the world.

Now, I feel like that’s what I get to do. I get to be an art historian. I’m constantly learning. I’m learning about other people’s cultures. I had a client who was Bulgarian and she told me about how they always put red stones on their jewelry because it’s a protective stone. I didn’t know that. That’s so far from anything I learned growing up in my culture.

I have a client who’s a marine biologist and is getting her doctorate in anthropology. She lives in Hawaii. She sent me these beautiful images of coral sea fans. Obviously, we all know what a sea fan is. But I’m learning about all the different ones, because she doesn’t just call it a sea fan. She’s like, “The Gorgonian sea fan.”

I love the detail and thought that goes into each of your designs. I think that more and more it’s creators like you, who do one thing and do it really well, that people will gravitate towards.

I hope that we’re going that direction. Watching my business have some success definitely makes me feel that there are a lot of people out there who are looking to be more thoughtful of their choices.

« Redux: A Fall Lip + What’s Always in My Bag
Knits in Autumn Shades »