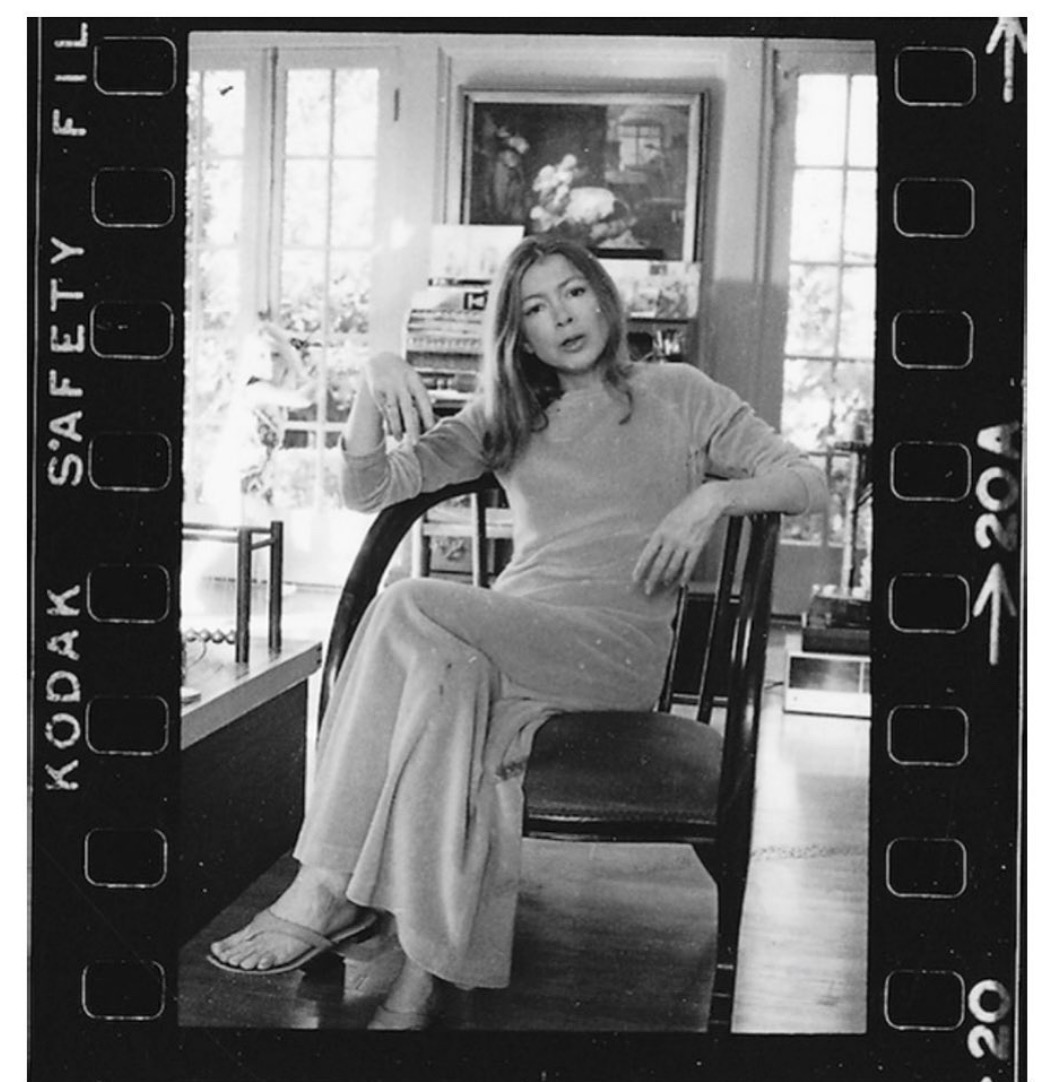 Most of the women I admire, such as designer Phoebe Philo who was the focus of my last post, lead or have led thoughtful, edited lives. They rarely waver from a very succinct viewpoint–one that encompasses everything in their life from their work to their dress, because they understand that it is all intertwined. Joan Didion’s upcoming estate sale is one example. It is being put on by Stair Galleries, and you can view the items at their auction house in Hudson. I want to go, but it’s a hike. I am not bidding on anything, because I am sure things like her Celine sunglasses (estimate $400-$800) and Julian Wasser photos of her with her Corvette (estimate $1500-$3000) will far exceed the ridiculously low estimates. I found a piece from last year written by Emilia Petrarca in New York Magazine titled “Joan Didion’s Style Was as Precise as her Prose” which I enjoyed. She was writing about how after Joan’s death her famous packing list, became a point of praise and contention among followers.

“It is emblematic of a woman who carefully considered every choice she made, whether it was a word on a page or a sweater in a suitcase, and who was driven exclusively by her own sensibility, no one else’s. She found power in restraint. She was a human black turtleneck. And so we co-sign her packing list (or say we’re above it) as a way to signal that we, too, know how to make good choices. That we, too, have good taste. Despite the fact that Didion herself would probably see that as an empty gesture.”

Then, this recent post from the Georgia O’Keeffe museum is now sitting on my desk.

I cannot summon the extraordinary talent that both of these women had, but I can try to stay true to what I love and ignore the noise of my Instagram feed and my email Inbox when I know that what I’m constantly being shown or offered (or sometimes bombarded with) doesn’t align with what I love. On occasion, it does. More often than not, however, it doesn’t. I imagine it must have been easier before social media, but I still think restraint takes practice. These women stood out in their day because of it. I will continue to try.

« An Edited Life
On My Radar In November »