When I was in Marfa recently I met artist/photographer Willy Somma (a friend of a friend) who splits her time between Marfa and New York and has shot for designers such as Rachel Comey and Loup Charmant. Last weekend was an interactive art/music event called Marfa Myths, hosted by Ballroom Marfa, one of the established galleries/art organizations in town. To coincide with the event, Willy created a hybrid pop up boutique/art gallery/event space featuring both established and upcoming designers, artists, and beauty brands including Rachel Comey, Loup Charmant, Collina Strada, Bsides Jeans, Cult of Pretty, UMA Oils, Kosas Cosmetics, Upstate, and many others. The pop has moved to a new space for the rest of the month (the Lumberyard where Do Your Thing coffee is). And who knows? If Willy has her way it might make it to other towns. I wish I could have been there. (And if you recognize some of the brands listed from my site it is no coincidence, I shared my Marfa-perfect suggestions with her.) This interview took place before last weekend.

Where are you having it? It’s in the renovated Highland Service Station from the 1930’s with crumbling old adobe, that’s been renovated in a really beautiful way. It’s now actually an AirBNB.

Where people enter there will be a lot of clothing on racks a guy here made for me. In the bedroom there will be Upstate hand-dyed pillows and quilts on the beds and ceramics.When you go into the bathroom, there’s a vanity with  be testers of UMA Oils, and Kosas cosmetics so people can come in and test things out. There is also a video/sound piece in the bathroom, so when you’re trying out the oils and putting make-up on, there’s a piece that this artist who lives here, Christine Olejniczak, about being a woman and aging, and how you look at yourself. She actually sewed all of the clothes she needed for an entire year for her and her husband. Creating her own clothes made her question or think about what kind of image she’s projecting into the world. She asked a local photographer, who is also showing some work in the pop up, to follow her around town while she was doing things. It was a way of her seeing how she looks in the world, because she doesn’t know as an older woman, how she kind of comes off anymore. So, she was looking at herself the way other people might look at her and she puts the images into a collage piece. Some are shot from a drone. Some are shot from behind trees. She talks over the video as well. She’s making a little book that people can also write in, about how they feel about different things about themselves and how they feel about beauty or the definition of beauty.

After the weekend it will move to the Lumberyard where the coffee shop Do Your Thing is located [the best, and I think, only coffee shop in town].

It’s the marriage of art, fashion, beauty and perception. That’s one way I’m trying to kind of connect the product and thoughts about female identity and beauty. The idea is that it’s a retail space, but I want it to be an interactive retail environment and I wanted to create a dialogue about what we wear and how we feel about it.

I love design. It, to me, is an aesthetic experience, obviously, initially. But, I also think that clothing are cultural artifacts, because historically they’ve been used to identify tribes and different worlds. Now that we’re such a global culture, what does that mean? And how does putting on different colors or different shapes make us behave or act differently socially?

How we differentiate ourselves with clothes—it’s a way to create difference and subvert things. It’s what teenagers have done forever. And now, with the gender-fluid culture we’re living in now, I find it really confusing. It makes it even more interesting to unpack a dialogue about what we wear because people now feel freer to wear things that they might not have before, whether they identify as male, female or kind of in-between, trans kind-of person.

One of the pieces we also have is by, Elizabeth Marie Hohmer, who is weaver. She weaves her own textiles and clothing and dyes the textiles and she dyes them from dirt found in the desert. She’s really connected to the landscape out here, so this weaving that she’s doing is actually made out of natural materials found in the landscape. They’re made out of yucca and some other natural fibers. They’re really beautiful. 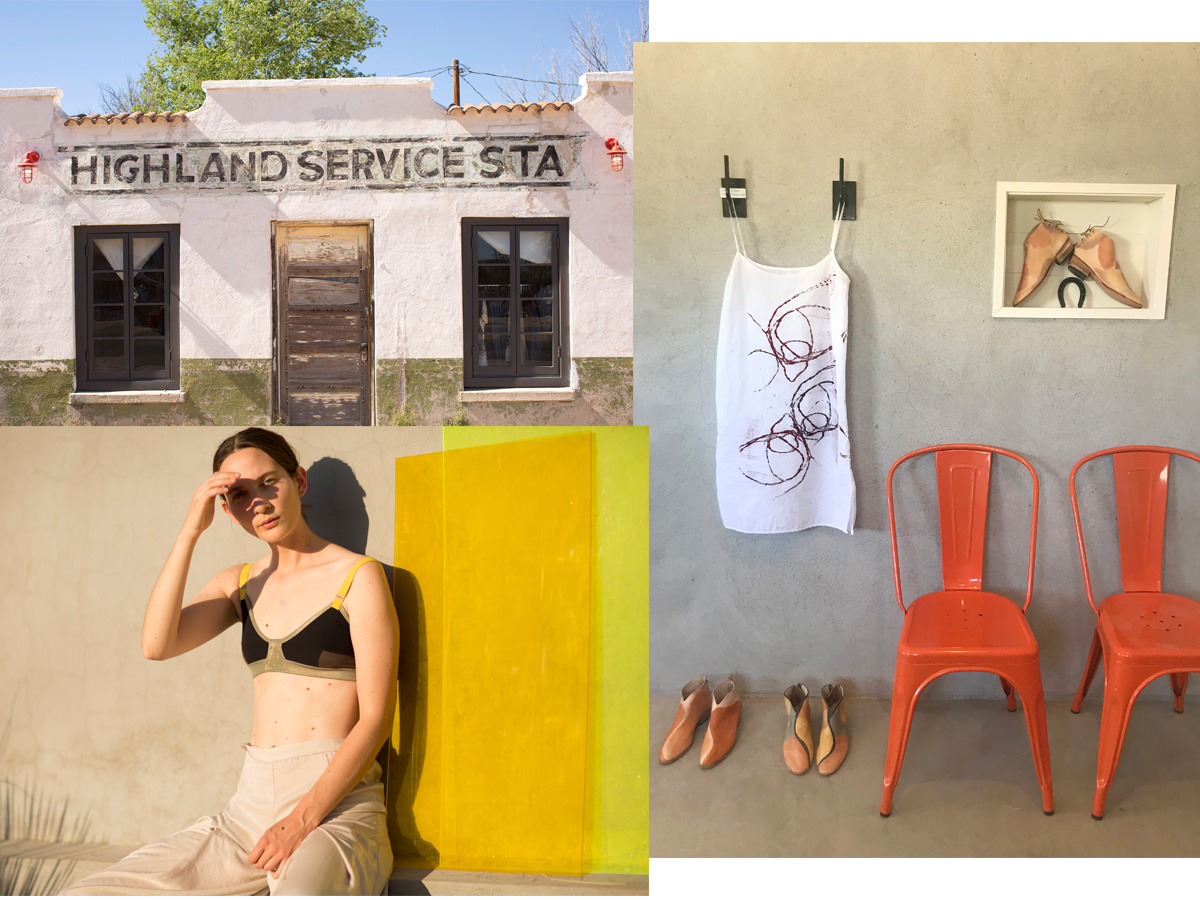 There is also a performance artist, Angeli Sion coming from New York and she’s doing a piece called Seeds of Release that’s kind of about shedding layers, so people will engage with her if they come to the pop-up and they are interested. The piece is inspired by worry dolls.

There’s also two other photographers who are showing screen prints.

On Sunday night, we’re using the kitchen to hold a dinner. I’m doing it with my friend Kalen, and we’re calling it a dye-it dinner because we’re going to use all the ingredients that Kalen needs to dye her textiles in the dinner. The owner of The Water Stop Cafe came up with the most incredible menu that uses the same ingredients. Then another friend who is prop stylist is doing the tables with sculptural arrangements of beets and oranges and other ingredients that we’ll be using. A ceramicist here created these really interesting shapes for carafes. It should be fun. 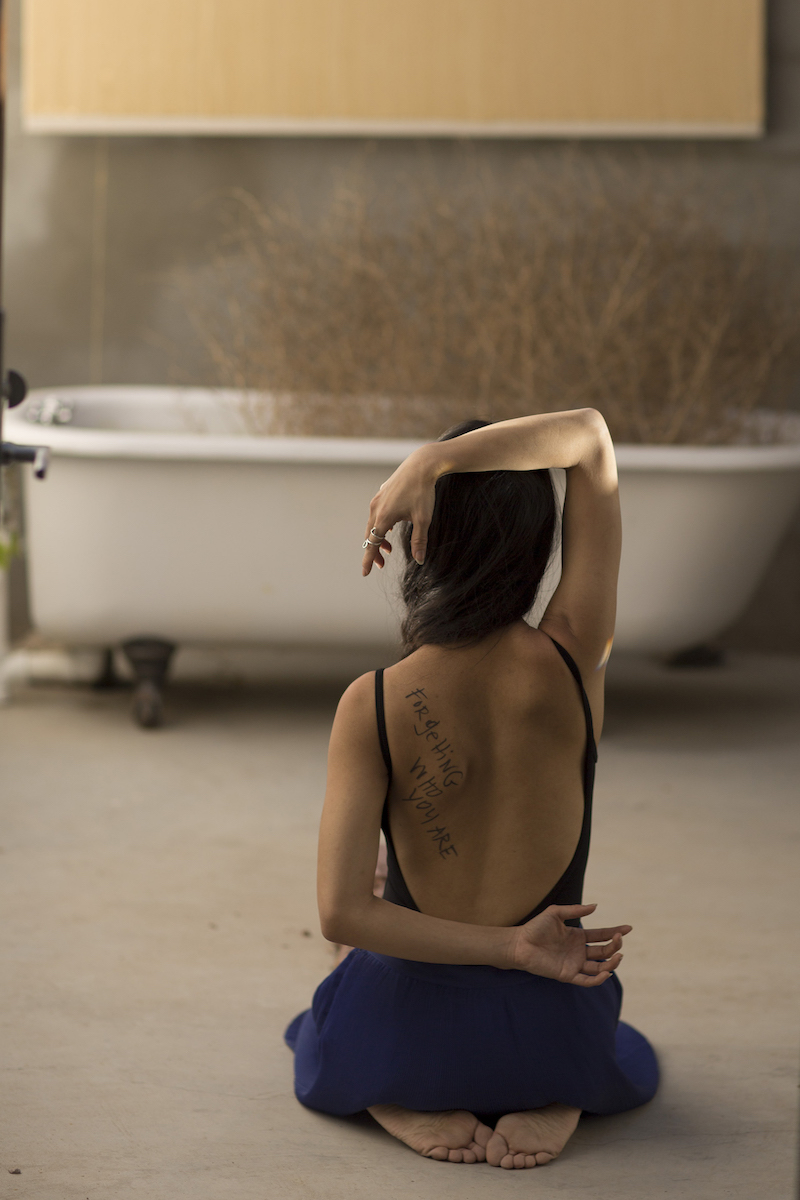 What your inspiration for the pop up?  I really love to see new design and what’s happening in the design world. And being able to photograph that perhaps, but also what designers are thinking about in terms of clothing, and how that interacts with what’s happening in the contemporary art world and melding those two into some sort of conversation, because I think they overlap.

I would love to keep doing these as a pop-up idea in different places, because I think it changes depending on where you are. A lot of people I’m working with our local Marfa artists, who are really great, but what if I did it in LA, or Montauk or a different city? 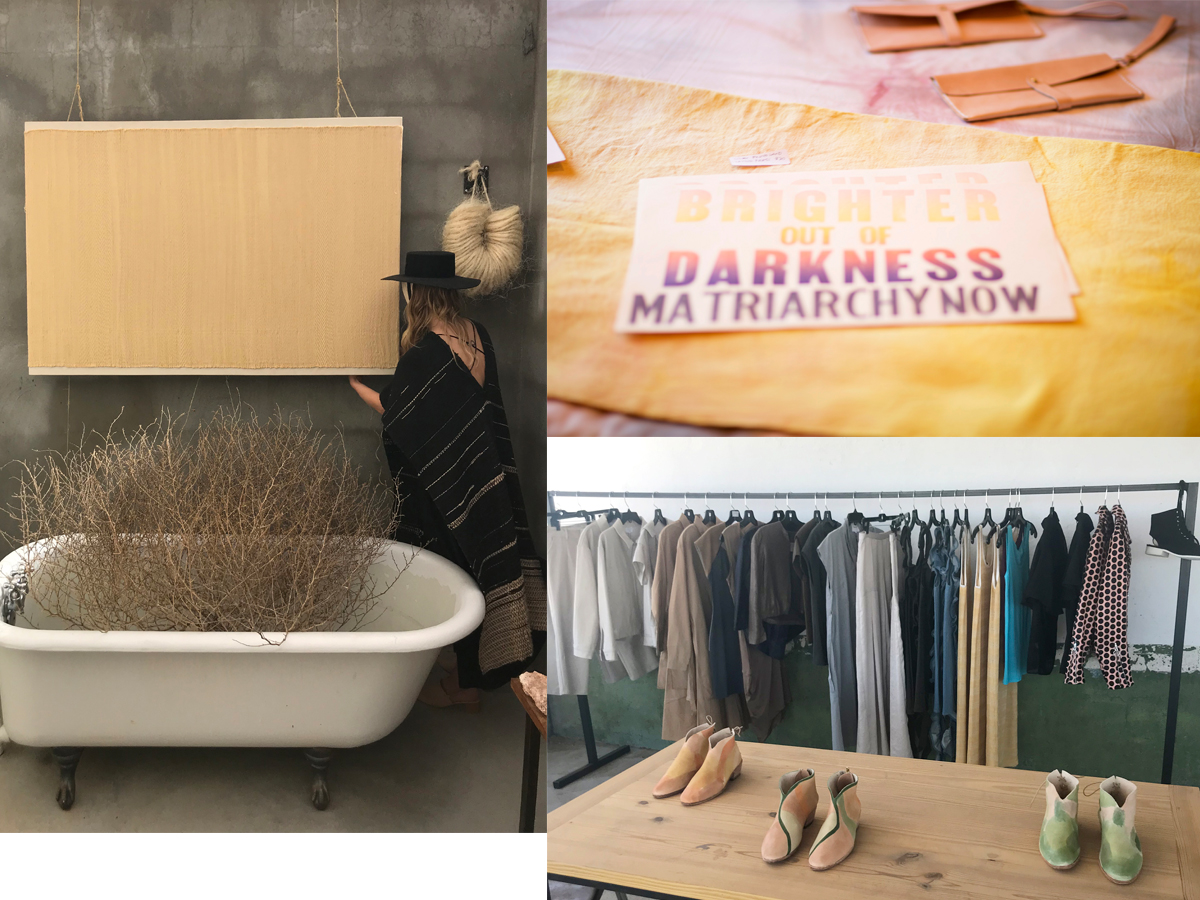 What do you love about Marfa? It’s such an amazing landscape. They call it the island and it really feels like that. You really feel cut off because it’s so hard to get to. It’s not like the rest of Texas. It’s so mountainous and varied.

Maybe it’s because it is cut off, but the community itself is just a really special community. Everyone supports each other and their work. Everyone helps each other out. I think they’re kind of forced to, because you’re forced to ask for help in ways that you might not in the big city, because you have to rely on each other. People care about the town and they really care about the community and interacting. They’re very aware of the divide ethnically and what’s going on, on the border. It just feels like a very diverse place, even though it doesn’t maybe necessarily seem that way when you first come here or on a weekend like Marfa Myth.

It just feels like the way people should live in contact with each other on a daily basis and check in on each other, where also, ideas can interact in interesting ways because you see people every day and they’ll bring something else to it. Everything that’s happening in town, I go to because it’s all really good. The talks that are happening. The things that are being shown. The things people are working on. It feels like people are operating on a high frequency. 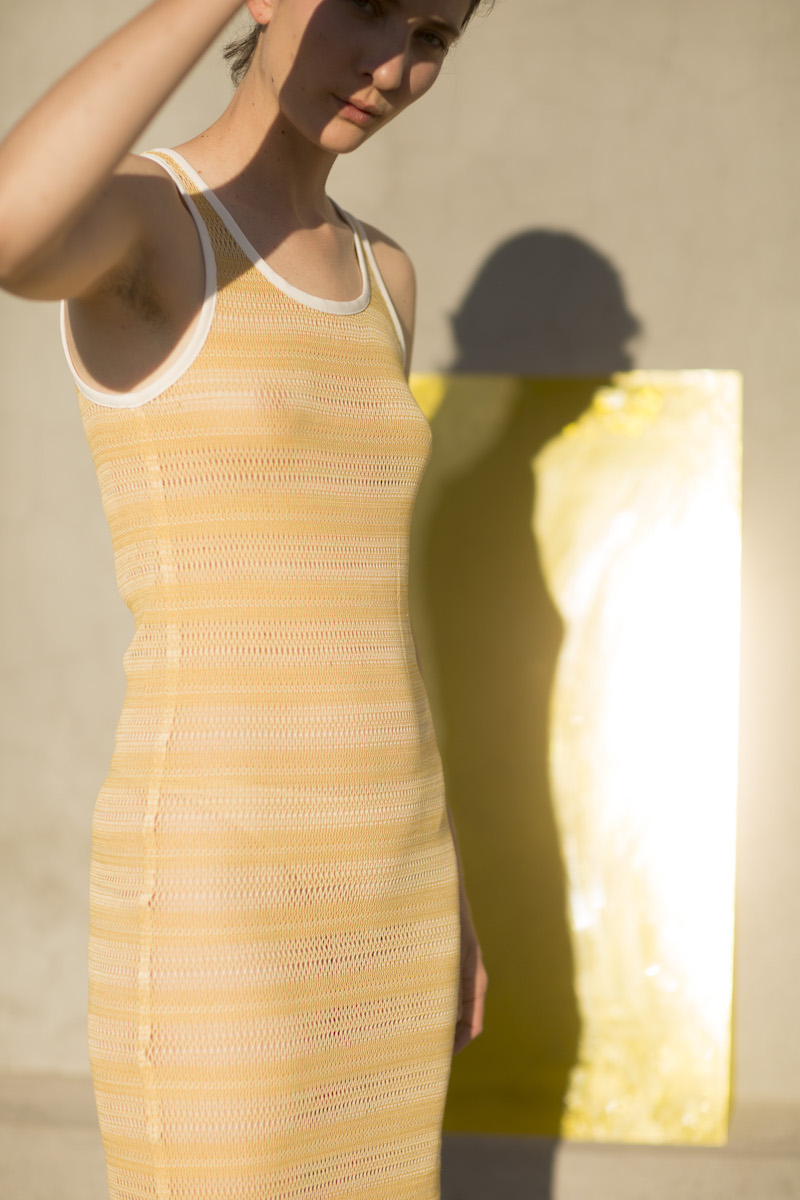