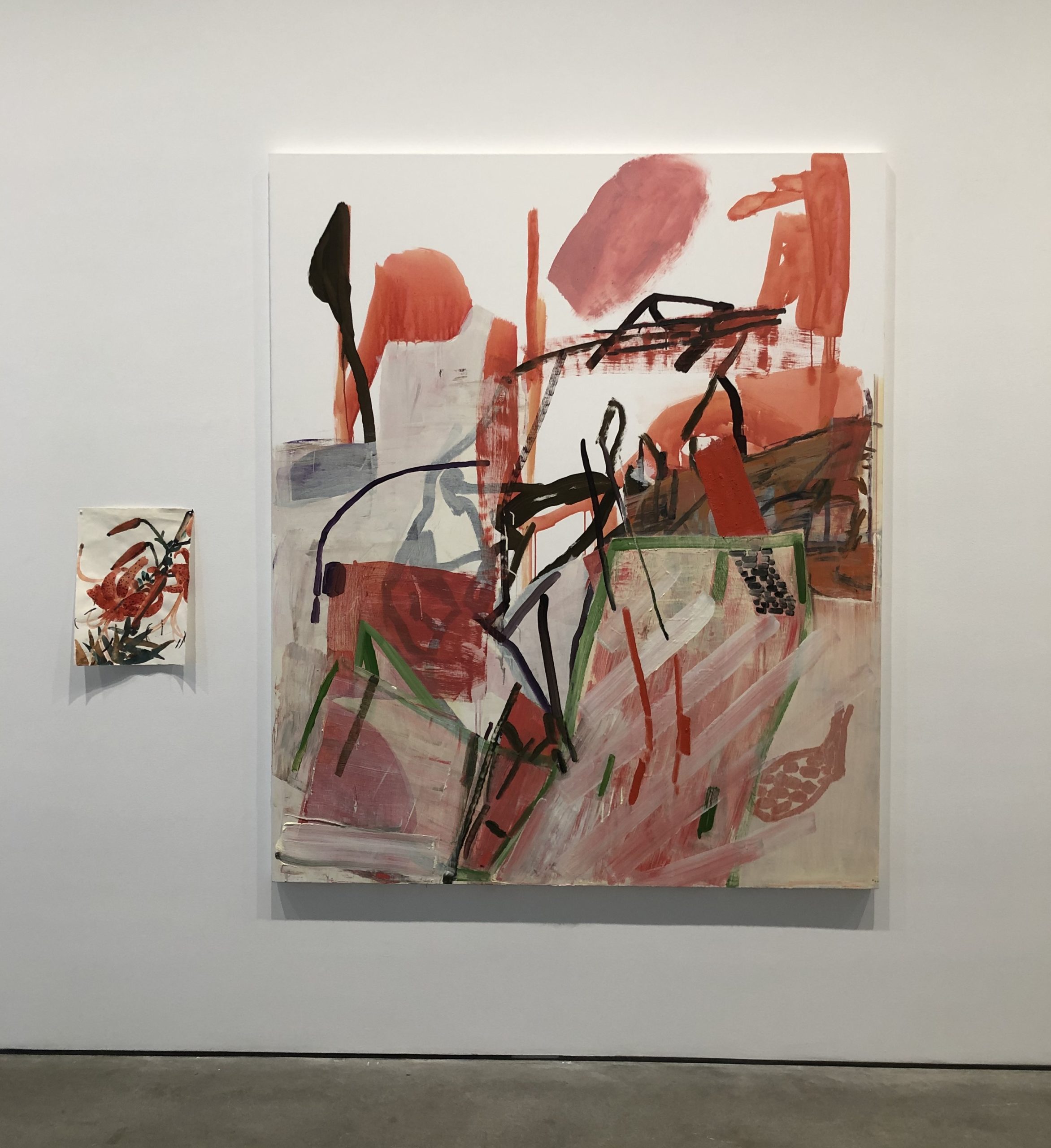 The fact that we’re in the third wave of the pandemic, the election is days away and basically the whole country is feeling stressed and out of sorts, I am trying to get out and get inspired as much as feasible. I recently spent an afternoon with my daughter visiting a few galleries in Chelsea and left feeling renewed and dare I say, even optimistic. I wish I could say that galleries are putting their shows online so you could view them wherever you live, but they aren’t. However, these artists are so interesting, they merit reading up on them if you can’t go. (And if you’re worried about crowds, there weren’t any–at least on a weekday, and some galleries require temperature checks and contact info for tracing.)

1. Amy Sillman at Gladstone Gallery (image above). The NY Times recently ran a profile of her to coincide with her exhibit, which is how I learned about her and decided to investigate. There are so many layers to her paintings, you have to stare at them for a while for it all to sink in.

2. Cindy Sherman at Metro Pictures. I really enjoy her work and this is a series mostly of androgynous and masculine-focused characters, all in which she apparently wears men’s designer clothes. (If you’re a cat person, you have to see the cat pants. I also think I was drawn to this image, because I miss traveling so much.)

3. Theaster Gates at Gagosian. Again, I didn’t know who this artist was (this is his first NY solo show) and my daughter and I were literally looking through the window of the gallery when a woman who worked there entered and offered to let us come inside, saying it was really worth seeing. (Apparently the gallery is currently appointment only, but it seems it is only to discourage too many people at once.) She was right. Gates is an African American artist and what my daughter and I loved most, which I couldn’t get a good photo of, is his work in the last room which he completely re-bricked and then reworked a library of African American themed literature with new gold embossed titles for each book. We actually spent a few minutes in the room with the security guard–the three of us reading the titles, which became poems and songs filled with sadness, rage and humor. Very moving work. Worth spending some time.

4. Toyin Ojih Odutola at Jack Shainman. I love Odutola’s work, mostly ornate pencil drawings, and have highlighted her on the site before. This latest exhibit, Tell Me a Story, I Don’t Care If It’s True, marries her drawings (on a smaller scale) with words. Her drawings are incredible, each surface it’s own world of textures and layers. I should have spent more time on the text. But there is always the next time, but I was still take aback by the Gates exhibit.

« The Essential Manolos + Sale at Net-a-Porter
Feel Good Favorites: A Crisp Shirt + a Hint of Lace »