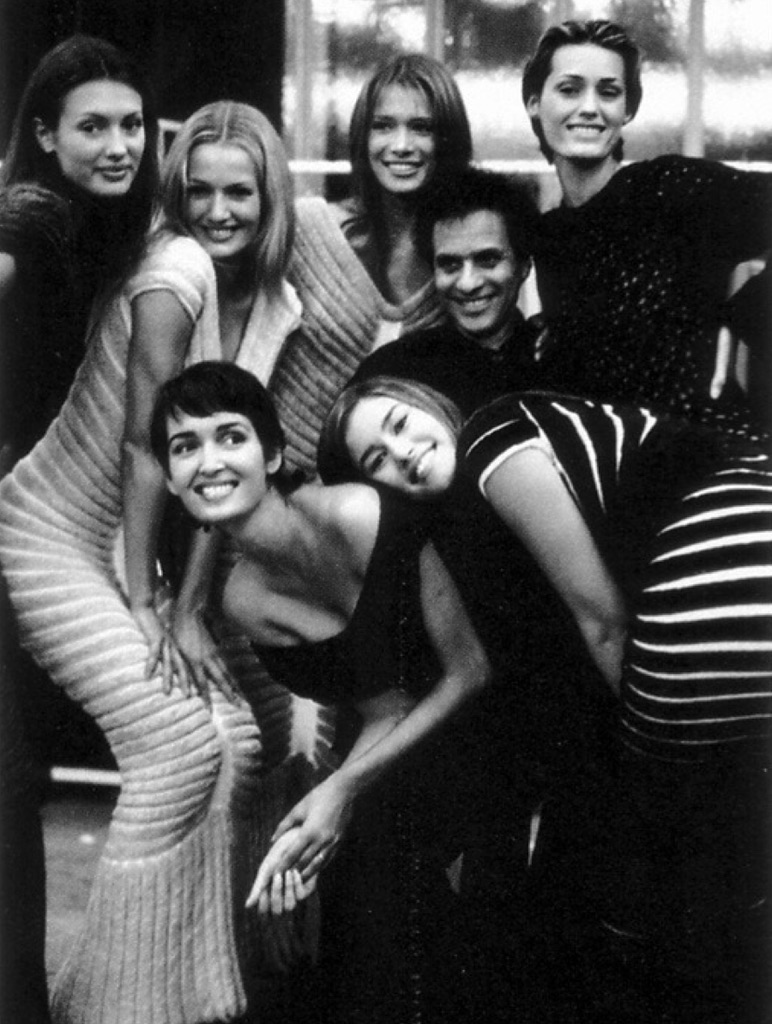 Azzedine Alaia, even though he is Tunisian by birth, might be the most quintessentially Parisian designer alive today. And whether you are familiar with his work or not, I highly suggest you watch stylist Joe McKenna’s film on him that I just found yesterday on The Cut.  Alaia is less a designer than a master sculptor, who can manipulate fabric with seams and darts and stitches to create sophisticated, feminine, curve-hugging clothes like no other. From the beginning of his career, he had the support and love of every major model and actress, because his work has always celebrated women. Naomi Campbell and others even call him ‘papa’ because he looks after his girls and is known for his gracious hospitality (he throws big casual dinner parties for his friends) and warmth.

I interviewed him once at his Marais store/design studio and it was a real treat to hear him talk about his clothes (in French, so I struggled a bit).  And if I could afford it and had that lifestyle, would happily fill my closet with his clothes. The film is charming—filled with interviews of a who’s who in fashion including designers (Nicolas Ghesquière), fashion editors (Grace Coddington) and models (Naomi Campbell), and fantastic vintage footage. It’s a sentimental look of fashion at its best.