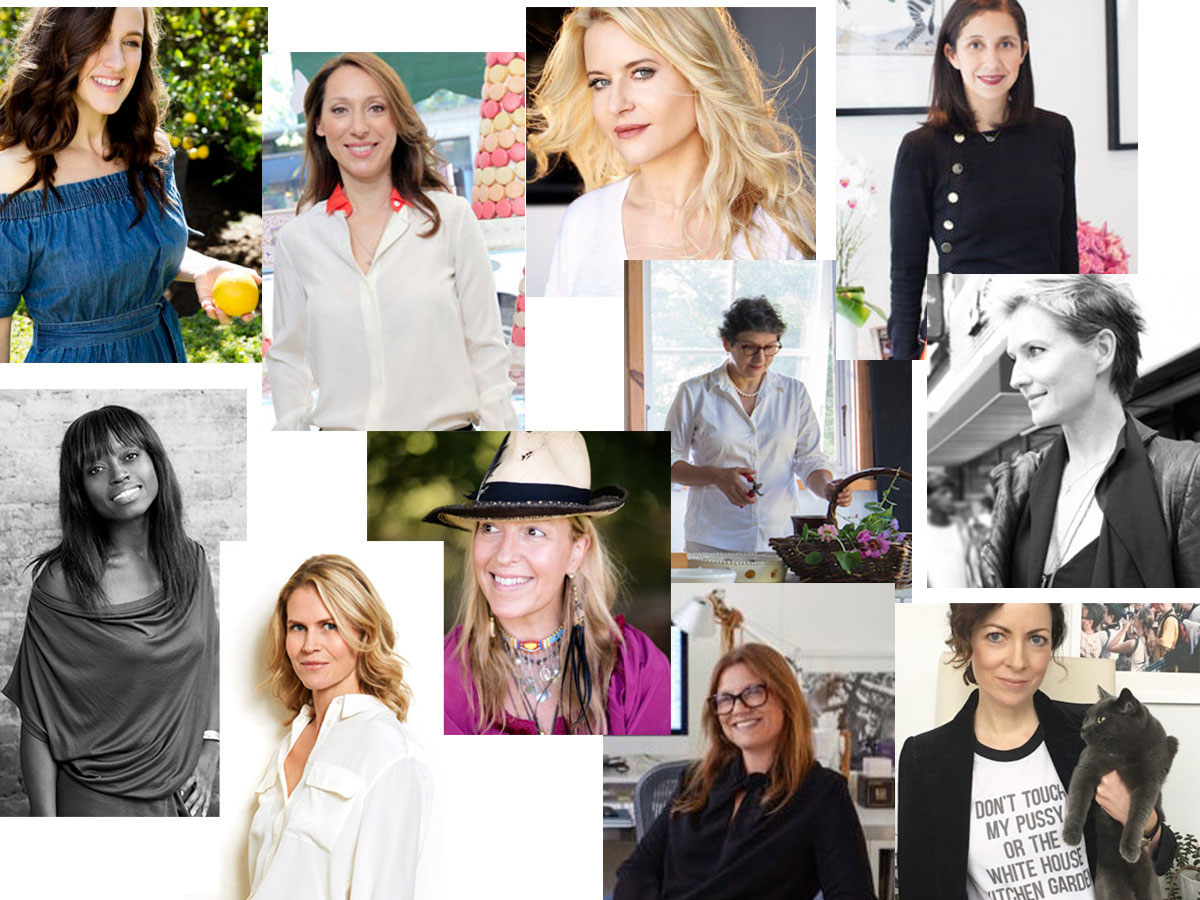 I ran this post last year, but it’s evergreen. I’m always looking for ways to get motivated, and I find delving back into the stories of the amazing women I’ve had the opportunity to profile on this site inspiring. Here, a roundup of one of my favorite set of questions I often ask: Best career advice you’ve received? Advice you’d give someone starting out? Sure there are similarities in these answers, but there are equally as many differences that hopefully make you think. And motivate you as well.

Advice you’d give someone starting out: That has changed. My advice used to be: Don’t chase the money; take jobs that you love and the money will come. In the past few years, being confronted with my financial ignorance and lack of financial education, I think we’ve sold young women a bill of goods by not helping them be smarter about money. I think it’s not until you’re well into your 40s that you wake up to these realities. I’m also so shocked by the ageism and sexism towards middle-age women let alone older women. I think we’re lucky because we grew up in beauty and fashion; I never felt that being a woman held me back in any way, shape or form.

So my advice has changed. It’s still trust your gut but now it’s don’t be stupid about money. I don’t come from money and have been working since I was 13 and have always made my own money. But I’m shocked that kids get out of school with no financial education at all. You graduate from high school not knowing how to balance a checkbook, what a mortgage is, or how the stock market works, but you can do trigomometry.

Advice for someone starting out: The most important thing is you have to begin at the beginning. I always use that metaphor of the Good Witch in The Wizard of Oz when Dorothy says, ‘How do I get to Oz?’ And the Good Witch says, ‘Well you have to start at the …’ and she literally starts at the first yellow brick of the Yellow Brick Road. You have to start at the beginning if you want to get to the end. You can’t jump in in the middle. The beginning is the most important part because you want to start out with a good intention and take your time and really understand where you’re going and just see the whole process through and not rush.

Advice for someone starting out: Work with smart people you really like and don’t let your ego get in the way.

Best career advice you’ve received: The best career advice I received was from a guy, who’s a very successful entrepreneur, a mogul, when I lived in LA. I remember I was feeling very down. I just started my business. Everyone was saying no. We had dinner and I was stuck. He actually looked quite puzzled by how I was taking the rejection. He said, ‘You know, every rejection spurs me on to prove them wrong.’ He used that rejection as fuel to prove everyone wrong. I guess, my career advice is, don’t take it personally. Prove them wrong.

For someone starting out: For entrepreneurs, I would say have a million back-up plans. If you can keep on moving, so that every time there’s a setback or something doesn’t work out, you have another idea, another plan B. You have a go-to. Don’t hang everything on one idea but have several in your back pocket. Just keep it moving forward.

Best career advice you’ve received: From a entrepreneurial point of view, it’s to aspire for the upwards slope. Because every day is going to be filled with ups and downs, and you never know what you’re going to face in any given week, but on average if you’re heading towards that upward slope, that’s what you have to focus on.

For someone starting out: Don’t be deterred by haters, especially when raising money or looking to others for opinions. Something we tend to do is to look for others to validate an idea, especially in the early days. I think you should let the market validate your idea, not individuals. When you’re trying to raise money early on, the people who you’re raising money from are not always your target market. It can be a little demoralizing to go to meeting after meeting where people are saying, ‘Why doesn’t this taste like Jamba Juice?’ Nothing against Jamba Juice, it’s just a different product. If you really believe in what you’re doing, let the market be the judge. Get it out there.

For someone starting out: I heard this at Hermès, where someone said to our interns, “You know what? When you know a lot, you will begin to speak a little.” I think it’s nice just to learn and to observe. But this new generation, they begin and they think they know everything about everything, and they speak a lot. Just be quiet and learn. After you will speak.

Best career advice you’ve received: Hmmm. Maybe it’s the career advice I’ve given myself because no one has ever said this to me, but at the end of the day I need to be able to go home and look myself in the mirror. I’ve watched people behave different ways in meetings; the ones who speak kindly and speak the truth and are there to collaborate to get a better product or output. I know I’m being boring, but at the end of the day, especially because I have a family, I want to go home and know I haven’t said anything I can’t live with.

On the other hand, I think my best jobs have been the ones where I’ve learned what not to do. I had a boss who was so horrible. Sometimes it’s someone’s managerial style or how a company is run, and you look it and think ‘oh, I’m never going to do that because look at all the downsides.’

Advice for someone starting out: I always tell people to work really hard and listen. And to take the best and leave the rest, because it’s not all applicable to you. And break the rules. I spoke at Parsons School of Design and that’s what I started with. It’s ok to break the rules and think differently, not do things exactly the way you’re supposed to; in an elegant way, you can challenge it.

Advice for someone starting out: I think everything is changing.  But I still believe in hard work and the whole process of learning. Whether it’s at a magazine or somewhere else, start at the bottom and see how everything gets done. It’s important to be humble and learn from others. And have a good attitude and be ready.  Today people create these “personalities” of themselves, but you don’t have to be the next 10 million viewed blogger, overnight. Most people say they want to work in fashion because they love wearing nice clothes. It’s not at all about that.

Christiane Lemieux–Founder Dwell Studio, The Inside

Advice for someone starting out:  My advice is talk to as many people as possible regardless of what you’re going to do, get as many data points as possible. If you’re looking at a job, talk to as many people who work there, who have worked there, who know that people that you’re working for. Get a really good sense of what you’re stepping into before you step into it. I’ve learned so much by asking questions it’s incredible. Before, I would leap before I looked. Now I do a lot of leaping, but I ask a lot of questions before.

Best advice you’ve received: I think the best career advice that I’ve received is that nothing is forever. You’ll probably change your career a million different times. It’s like, don’t sweat it so much. I’d say operate on your gut, but people always tell me your gut’s going to change so much that nothing is a huge mistake. Also, your working life is a long game. You will do a lot of different things and so try out as many things as possible. You may train to be a dentist and find out you wanted to be a florist. There may be overlap in the skillset, but you got to try a bunch of things to get there.

Best advice you’ve received: I was lucky to meet Sally Frame Kasaks after she had left her position [as CEO] at Ann Taylor. She had a quote ‘It doesn’t take a genius to build a business, it takes someone relentless enough to go at it again and again and again.’

« Look I Love: Feminine yet Sporty
A Blouse Like Bianca »

Wondering about this. Any news? #phoebephilo #comeback #waiting ...