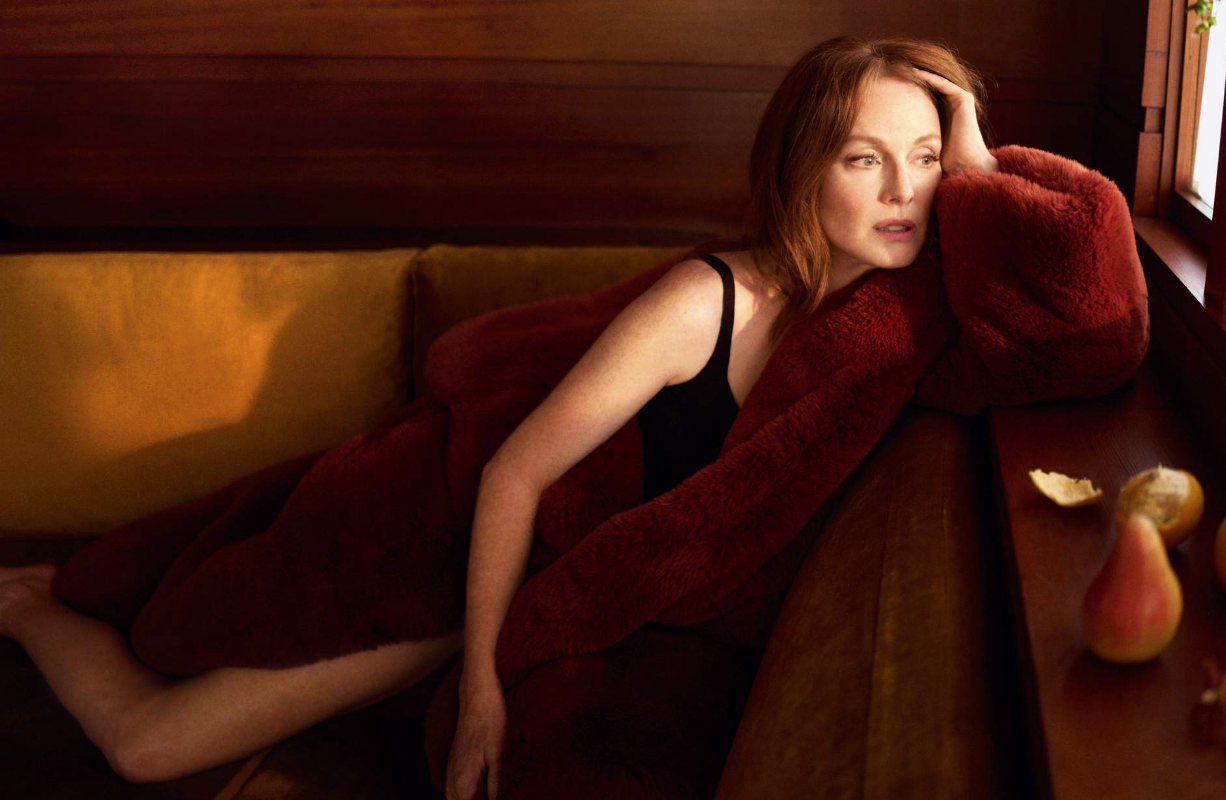 I have always been a fan of Julianne Moore and once had the opportunity to interview her for one of Harper Bazaar‘s cover stories–she is as genuine and down-to-earth as people say. But my admiration for her comes from the risks she’s willing to take, in the movies she chooses, her commitment to serious issues such as gun violence (she is a advocate for Everytown for Gun Safety and Mom’s Demand Action) and her frankness about women and the roles we play in real life.

Christine Lennon’s interview with her for Porter magazine (Christine and I were both at Bazaar eons ago), struck a nerve with me on many levels, but particularly when it came to discussing women, aging and sex appeal.

“When I tentatively suggest that she hasn’t had to relinquish her sex appeal with age, she stops me dead. “Oh my God. I’ve been talking about aging since I was 30,” she says laughing. “Can we just be alive! We’re all aging – children are aging. That’s what life is, and we have to accept that there’s a beginning, a middle and an end. It’s important to remember that there’s a time frame, so we can be awake for it.” But she sounds less exasperated than her words imply and they are delivered with good humor. “Maybe the conversation isn’t so much about aging as it is looking at women in their fifties and sixties in a different way,” she says, “about giving them permission to be sexual beings.”

Amen Julianne. I feel like this is more of an issue for American women than women in say, France, but why do so many women let go of the idea of themselves as sexual beings as they get older? Do they no longer care? If they are mothers have their children wiped them out of any extra energy to even think about being sexual (ok, maybe sometimes)?

Now that I have broken the barrier of being 50 I do see women who just seem to give up, to almost want to disappear and fade into the background. What would happen if they gave themselves permission to be sexy? Not in a 20-something-year-old way, that would be exhausting, but in the grown-up sophisticated way that only comes with years of living. Julianne has figured it out and sure she has a glamour many of us can only dream of, but sexy does not have one look. And age shouldn’t be one of its defining factors.  As women, we should stop questioning how to age well and give ourselves permission to be “awake”, to be seen and to be sexy. 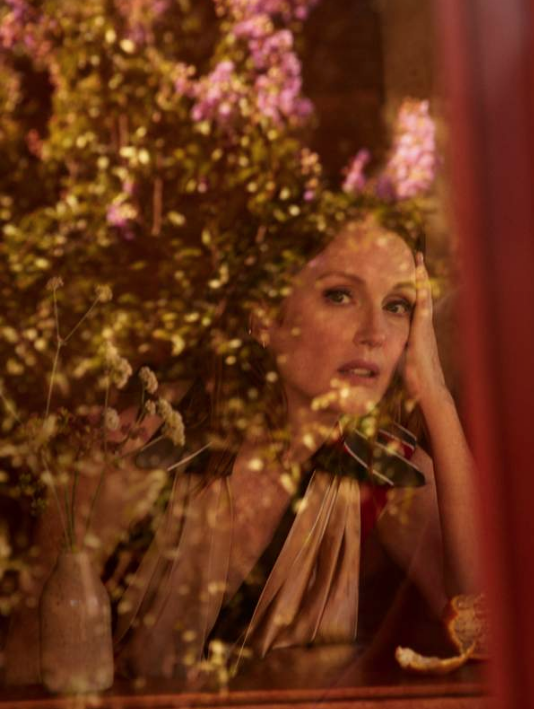 « It Starts With The Sweater
Forever Elegant: Tailored Black + Buttons »

Wondering about this. Any news? #phoebephilo #comeback #waiting ...